This Full Moon that we have coming up this weekend, happens to take place at the last degree of the Gemini/Sagittarius axis. This of course is the Summer solstice which is marked by the Cancer ingress (the beginning of Cancer). There is a moment, in between Gemini and Cancer when the Sun is at its northern peak and marks the longest day of the year in the northern hemisphere.

You may have heard that Aries is the first sign; in this context we usually think of the spring equinox as the beginning of the year, and thus Aries is the first sign. However in different cultures around the world, different parts of the year are considered the “beginning.” The Chinese new year is in January or February, the Celtic new year was in November: there really is no set new year for humans.

In Hellenistic Astrology, the Thema Mundi (world theme or world chart) was used as a natural chart for astrology. In this world chart, Cancer was used as the sign on the ascendant and can be interpreted as a “first sign.” We can see here, that there is a beginning (and thus an end) associated with the Summer Solstice which falls in between Gemini and Cancer. The last decan (ten degrees) of Gemini can be seen as an ending. I know it well because I was born within these degrees. The image of the face (from 36 Faces by Austin Coppock), is an executioner’s sword.

The Sun is often seen as a king in western astrology and neo-paganism. Modern druidic orders will talk about the summer solstice being the crowning of the king. When the sun reaches its peak in light and height, there is a moment of truth, of godlike consciousness brought on by the coronation. The Sun is crowned for his reign over the summer, but at the same time begins his decline back into the dark where he will be slain at the winter solstice. “For some this is the time of the Dark Twin, or Holly King, who is born and will take his crown at Alban Arthan”[1]. {Alban Arthan is the Winter Solstice).

The exaltation of the solar principle can mean a lot of different things. For some it is strongly masculine, has to do with spiritual ascension, and clarity of purpose. It may also be seen as the height of external activity; you can feel the gemini-like possibilities buzzing around at this time. It may also be seen as the height of the nourishment principle; the Sun is the source of all life on this Earth and this is an extremely healing time. Fire is the element usually associated with the Sun, and it is an extremely purifying element. At this time we may let all that is not beneficial to us burn away in the long days.

This Full Moon occurs at 29 degrees of Gemini/Sagittarius. This is the last degree of these signs and so begs the question – what is the culmination of this axis? What is it about these signs leading to the solstices which mark the great transition of the Sun and the seasons (which is symbolic of the transitions of all life on this earth)?

Well, Gemini corresponds with the time leading up to the moment of the Suns peak at the Summer Solstice and corresponds with multitudes of social activity. Gemini is an air signs that speaks of the great inspiration that breathes into the world. Things come alive at this time. I have always seen Gemini as being able to hold multiple truths at one time: each truth being an invisible mirror that reflects and fractals out of the others, and eventually creates a breathing, moving organism of possibility with no real truth or purpose, and is likely to break away and reform with even the slightest breath of wind. But the great beast itself is majestic to behold and incredibly inspiring to the mind. And when the solar beams of truth shine through it, all but true curiosity and freedom burn away. #Gemini

The fact that this time of year corresponds with the Sun at its maximum light reminds me that all we think is true (Sun=truth/clarity), is just a great construction of possibility within our imaginations.

The threshold between Gemini and Cancer is the moment when the possibility cools, the air condenses into water, and the possibilities sink into a deep place of knowing. This is the Summer Solstice. Something is crowned into this deep place of emotional wisdom that is Cancer, while the unintegrated possibilities of Gemini fall by the wayside. If we grieve now, we grieve for these.. but there is a more important process of holding onto the internal wisdom that comes as the sun begins its reign of clarity and eventual descent into wisdom.

The Moon is opposing the Sun from the place of the winter solstice (29 Sagittarius). The Moon is the mistress of magick and serves as a conduit for the divine inspiration of the planets; she is also a great protectress, and has been associated with emotions and defense mechanisms. When she lives at the last degree of Sagittarius, holding the full energy of the Sun at the greatest moment of possibility, before the wisdom of hot mutability cools, she demands clarity. Sagittarius is associated with truth, the culmination of the journey, before the learning is put into material action (Capricorn). The last degree says, find that truth within yourself, the guiding light, the torch, because it will be condensed into a cold, hard reality very shortly. However, this cold, hard reality is also the birth of a new king and so there is a beginning. Cancer and Capricorn are both cardinal signs after all.

In terms of this Full Moon, we can see that there is a potential death of an idol. Whether this idol is within or without, our other half (the dark or unseen twin) is born. What parts of our known self are no longer working and what deeper/hidden parts of ourselves are longing to be acknowledged? Uranus is in harmonious aspect which can bring a natural shake-up of energy. Ceres and Eris also join Uranus and bring a deep nourishment to these neglected parts. Chiron squaring this Full Moon reminds us to find wholeness even within our contradictions and separate selves.

The many selves have been stirred up and aroused, but with the help of a sword, we can send our old idols to their graves and embrace a true way of nurture. 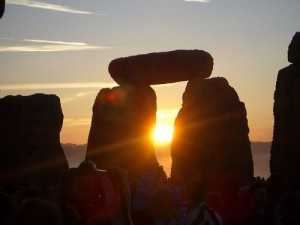 One thought on “Summer Solstice 2016”

This recent new moon was opposite Saturn, and now Saturn burns brightly in the midnight sky at zenith. I spent some time during the new moon reflecting on Saturn and loss. How when someone dies, the force of their life ripples out and makes unalterable changes in the lives of those they knew. This loss also holds within it the fullness of life, the joys, the sorrows. I see this in death, the twofold emptiness and fullness. Saturn is the same. Sometimes with Saturn we are gutted, at least it seems, but our spirit rises to fill the emptiness. It takes time to sit with the sorrow and grief but it is not empty. There is so much life living within the halls of hollow death. Much love.
Medea,
Blessed Beltaine to you all. 🌼🌧☘️🌹❤️🌸🌱💧🌞
In case you needed reminding...
I was sitting here
Sometimes it feels like
Prayers of sovereignty for this eclipse and Reclamation of inner light
Experimenting with sharing my voice more. An improvised song about the soul, recorded at sunset around the winter solstice.
Loading Comments...
%d bloggers like this: